The bearing rings and rolling elements of FAG standard spindle bearings are made in principle from the through hardening rolling bearing steel 100Cr6. Ring made from these materials are dimensionally stabilised as standard to at least +150 °C. Other dimensional stabilisations are available by agreement.

For high performance applications, especially in motor spindles with very high speeds, Schaeffler offers the FAG super precision bearings with rings made from the high performance steel Cronidur 30 (X30CrMonN15-1) and ceramic rolling elements. The material used for the rings is a highly nitrided, corrosion-resistant steel.

Cronidur 30 has, in comparison with the normal rolling bearing steel 100Cr6, a significantly finer structure. As a result, less heat is generated in the bearing and the permissible contact pressure is higher.

Tests on the material fatigue life have given life values higher by a factor of ten compared to 100Cr6.

In the mixed friction region, Cronidur 30 has proved highly effective in comparison with the standard material 100Cr6.

It is also significantly superior to the conventional rolling bearing steels on the criteria of corrosion resistance and high temperature hardness.

While these FAG super precision bearings were originally envisaged only for the high speed range, they are now used at significantly lower speeds too. The reasons for this include their robust design and reliability as well as the significantly longer grease operating life.

Cage function and materials for cages

The cage, as an important functional part in a rolling bearing:

FAG standard and High Speed angular contact ball bearings of P4S accuracy as well as axial bearings BAX are fitted with phenolic resin/cotton fabric cages. They are guided on the outer ring and have good emergency running characteristics (suffix - T - ). This material is a high performance material with excellent tribological characteristics. In cases of lubricant starvation in particular, the material is characterised by excellent emergency running characteristics and is thus superior to many thermoplastics. The maximum operating temperature of laminated fabric cages is +100 °C. 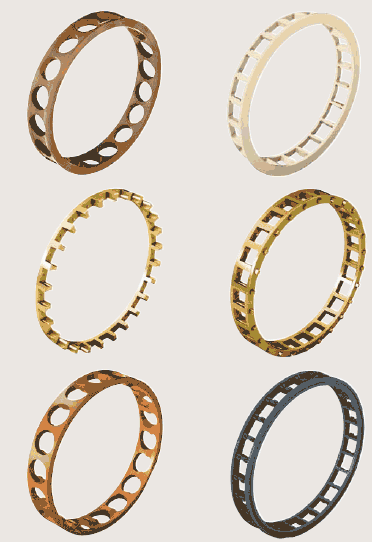 The new FAG X-life cylindrical roller bearings of series N10 and NN30 in the bore diameter range 30 to 120 mm are fitted with a window cage made from the high performance plastic PPA (polyphthalamide). In tests, double row bearings in particular show a significantly improved speed suitability and a temperature lower by up to 12 K in comparison with bearings with brass cages. The lower increase in temperature ensures that speeds up to 25% higher can be achieved in the limiting speed test.

A further advantage of the lower running temperature is the longer grease operating life. The basic dynamic load rating is higher by up to 19%. Due to the use of the plastic cage (suffix TVP) with low mass and better damping characteristics, there is a positive change in the bearing noise – the bearings run more quietly. The maximum operating temperature of TVP cages is +100 °C.

High Speed and Thermally Robust (TR) super precision cylindrical roller bearings, specifically for motor spindles, are available with a cage made from PEEK (polyether ether ketone) (suffix PVPA1). Since displacement on the non-locating bearing side of motor spindles only ever occurs in one direction, the cage can be guided on one side, which leads to a more rapid grease distribution cycle with lower maximum temperatures and subsequently to a lower temperature level with smaller scatter.

As a result, the non-locating bearing function is more reliable even in the highest speed ranges. The maximum operating temperature of PEEK cages is +150 °C.

Main FAG spindle bearings sealed on both sides and greased “for life” of the standard series B (with large balls, suffix - 2RSD -), High Speed H and Cronidur bearings X (with small balls, prefix S) and corresponding versions of the FAG axial bearings BAX have non-contact sealing by means of sealing washers made from nitrile butadiene rubber (NBR). Bearings for pneumatic oil lubrication of the design DLR are each fitted with two O rings. Seals and O rings made from NBR can be used up to a temperature of +100 °C. For temperatures at a continuously high level, seals made from FKM materials are recommended (available by agreement).

Coatings are recommended in certain applications. In order to prevent current passage, to improve anti-corrosion and/or anti-wear protection or even to increase tribological characteristics under unfavourable lubrication conditions, coating is a proven method that can significantly optimise the performance capability of the bearings or increase their life.

In particular, thin dense chromium coating is used on many occasions in the case of main spindle bearings in order to prevent fretting corrosion of the outer ring. This option can be added using the suffix J24J, other coating options are available by agreement. 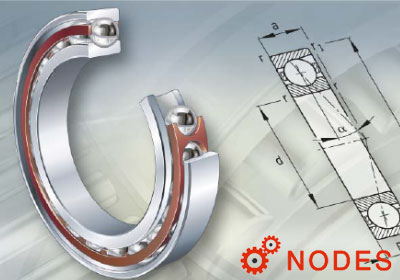 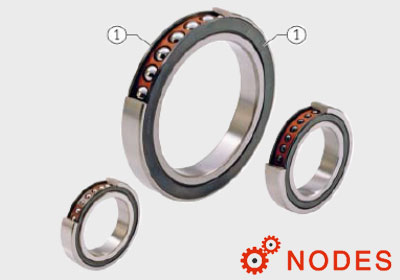 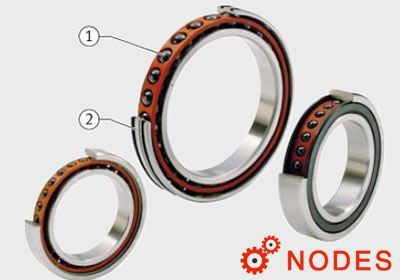 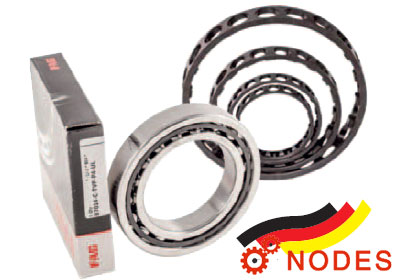 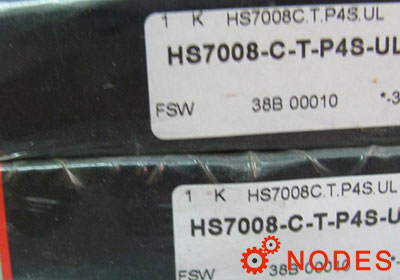 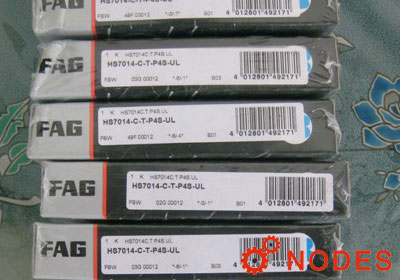 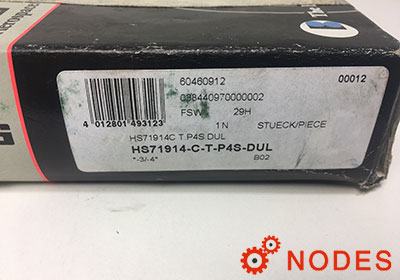 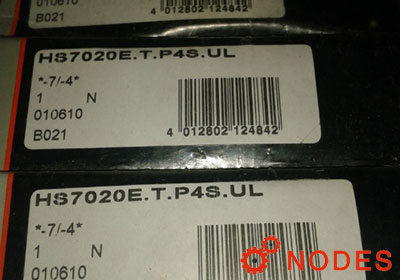 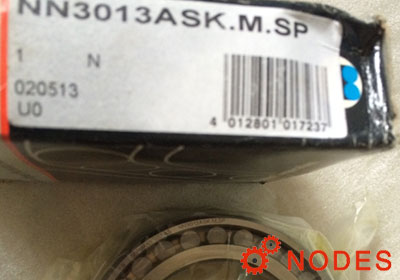 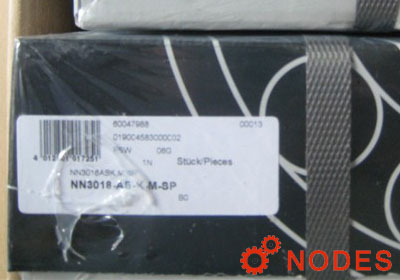 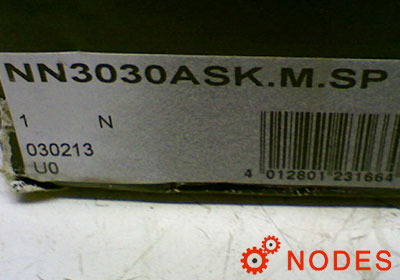