The outer rings have a cylindrical outside surface and a concave inner slideway.

INA bearings are available in open and sealed designs.

INA radial spherical plain bearings are preferably used to support radial forces. GE..-UK-2RS(-2TS), GE..-FW-2RS(-2TS), GE..-DW and GE..-DW-2RS2 are also suitable for alternating loads up to a contact pressure of p = 150 N/mm2. The bearings are used where particular requirements for operating life apply in conjunction with maintenance-free operation or where, for reasons of lubrication, bearings with metallic sliding contact surfaces are not suitable, for example under unilateral load. 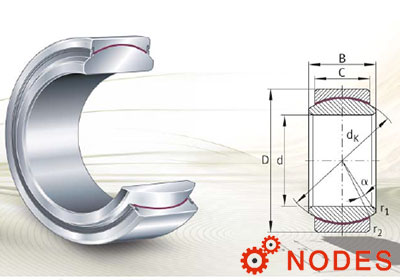 INA Large radial spherical plain bearings GE..-DW and GE..-DW-2RS2 of d >= 320 mm are X-life bearings and are indicated as such in the dimension tables.

These bearings have even higher performance materials, lower coefficients of friction and lower running-in wear than comparable bearings.

In the case of bearings GE..-FW-2RS(-2TS) up to a diameter d <= 120 mm, the outer ring is axially split at one point, while for diameters d >= 140 mm it is axially split at two points and held together by means of heavy-section retaining washers. In the case of GE..-DW and GE..-DW-2RS2, the outer ring is radially split. It is held together by means of screws and dowel pins.

GE..-FW-2RS(-2TS) and GE..-FW have extended inner rings. As a result, larger tilt angles are possible.

INA bearings can support radial and axial loads and are suitable for alternating dynamic loads. They can be used in paired arrangements as preloaded units.

INA angular contact spherical plain bearings are used to support high loads occurring in conjunction with small motions. They are a good plain bearing alternative to tapered roller bearings 320..-X in accordance with ISO 355 and DIN 720, since they have the same mounting dimensions.

Axial spherical plain bearings GE..-AW correspond to DIN ISO 12240-3. In these units, the shaft locating washer is supported in the ball socket-shaped sliding zone of the housing locating washer.

The sliding material in the housing locating washer is ELGOGLIDE or, in the case of a nominal diameter d >= 220 mm, ELGOGLIDE in X-life.

The bearings are preferably used to support axial forces. They are suitable as support or base bearings and can also be combined with radial spherical plain bearings of dimension series E in accordance with DIN ISO 12240-1. 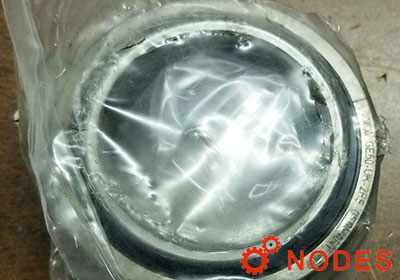 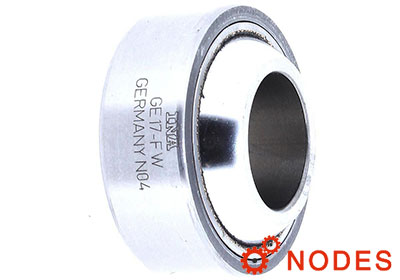 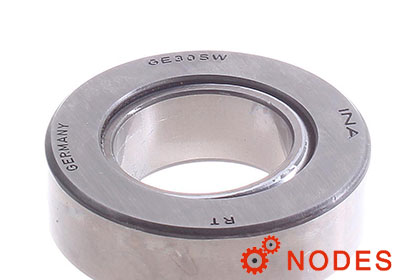 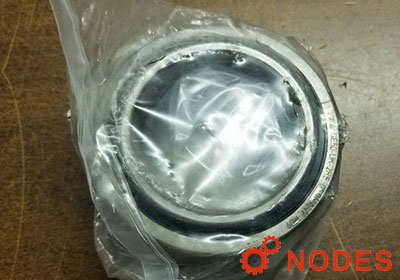 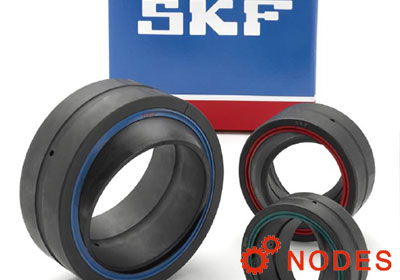 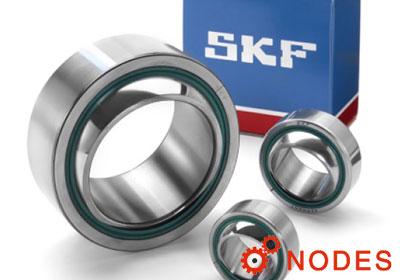 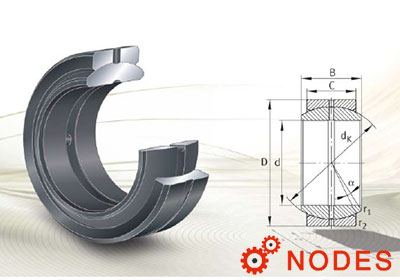